"limate change is a long-term shift in global or regional climate patterns. Often climate change refers specifically to the rise in global temperatures from the mid-20th century to present.

"The cause of current climate change is largely human activity, like burning fossil fuels, like natural gas, oil, and coal. Burning these materials releases what are called greenhouse gases into Earth’s atmosphere. There, these gases trap heat from the sun’s rays inside the atmosphere causing Earth’s average temperature to rise. This rise in the planet's temperature is called global warming. The warming of the planet impacts local and regional climates. Throughout Earth's history, climate has continually changed. When occuring naturally, this is a slow process that has taken place over hundreds and thousands of years. The human influenced climate change that is happening now is occuring at a much faster rate.

From the National Geographic Resource Library (link below) 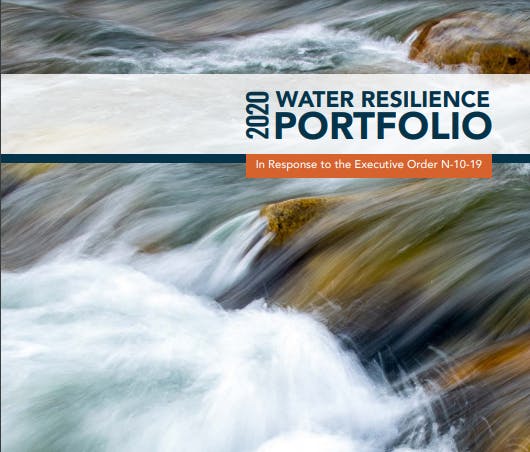 California’s roadmap to building water resilience through a diverse set of actions that will prepare our water systems to support our growing state in a warmer, more variable climate.

This document outlines California’s strategy and priority actions to adapt and protect water supplies in an era of rising temperatures. August 2022